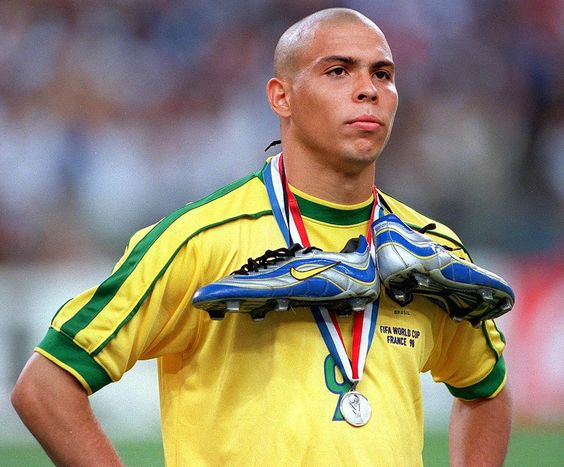 “When I started to train in a [football] club I had really advanced fundamentals. I started by playing futsal, that in my opinion is where all players should begin, because you learn so much with reduced space, you learn to manipulate the ball, close control, interaction with other players…” said Ronaldo on his Instagram.

“I want to implement it here in the club, in Valladolid, for the academy teams, the kids, to play futsal.”

The Ronaldo video is doing the rounds and going viral and the debate continues of what futsal is. A way to develop football players or as a sport in its own right. I’m worried that clubs in England and other developing nations will take this as confirmation that throwing a futsal ball into a regular session once a week is what they should be doing. If futsal is to help football, it needs to be done true to what futsal is!

“Barça play futsal in their academy”

I want to do a bit of myth busting. It’s an old one, but one that used to be so common in the English speaking world. Barça use futsal in their academy, that’s why they play tiki taka. Wrong, wrong, wrong!! When I moved to Spain, this was one of the first things I wanted to discover and I asked around, but I was laughed at. I got close to Barcelona coaches and they were surprised at this belief. FC Barcelona have a futsal club under the umbrella. But they also have basketball, handball and ice hockey. Doesn’t mean the football players use basketball. There is a common methodology throughout the club and they have a style that they want to play when it comes to football, but the pathways are completely separate. Yes, a player could go from futsal to football within the club, but that is very unlikely, when Barça have the pick of the footballing talent of all of Catalonia.

What is true, is all kids joining a school football team will be playing futsal, as opposed to 11-a-side, so all footballers in Spain do touch futsal at least in school.

So, why is what Ronaldo said on his Instagram live so great?

Because he talks about the Brazilian model, where football clubs, such as Santos (one example I looked at for a presentation I did recently for 100 Indian coaches) begin with futsal teams, up until around under-11/12. It may have changed since I looked at their example 4 or 5 years ago, but in Brazil, you join a football club and their youngest teams in the pathway are futsal teams, with futsal coaches, playing in the local futsal competition. Later, the players will go down whichever path their coaches and they feel is best for them.

Originally from a presentation I did in 2017 to Chinese football coaches.

Check this video out of Santos Under-8s. It’s highlights of a player, Davi, and shows what futsal looks like in a Brazilian football club.

Valladolid look like they may benefit from this set up, and fortunately in Spain, those teams could easily join the local futsal league. They won’t do both. In fact, in Spain, it’s not allowed to play for a futsal team and a football team at the same time, except, and technically Ronaldo’s club could take advantage of this, they are for the same club. However, I believe his intentions are to have the youngest ages registered as futsal teams solely, and playing in two leagues would be too much for these teams/players.

Will this mean that Valladolid are using futsal to develop football players?

Absolutely. The important factor is, in my opinion, is that during the season(s) they are playing futsal, they are truly playing futsal and not having 1 session in the week using a futsal ball. As is the case in a lot of clubs in developing futsal nations.

The Ronaldo way is the way that I believe football clubs can and should implement futsal as part of their pathway. Only then can we really attribute futsal as being a key factor in these players’ development.

How to use futsal in a football club

I’m going to share my idea of how a football club could begin with futsal and part of what I presented to the Association of Indian Football Coaches last Thursday. It’s also what I was working towards at Tranmere Rovers.

There will alway be barriers and that is why I stop at age 8, but in an ideal situation I would have futsal until 10 or 11, so when a child goes into under-12s and this being the first age of a real academy team. If numbers allow you can have teams B, C, D etc. It requires a high level of cooperation between football and futsal coaches/directors, which, in my recent experiences, even at the most seemingly “futsal friendly” clubs, is an obstacle that is extremely hard to overcome.

I think this approach can work for grassroots football clubs as well as Premier League clubs, obviously with every individual club’s circumstances moulding the model to suit.

I really hope Ronaldo can fulfil his futsal vision at Valladolid and more clubs take this approach.

What about the players that get dropped after only having played futsal for a few years? Maybe Valladolid can form futsal sides to play in the futsal leagues, but certainly there will be many options for these kids to do football or futsal at a local club.

This was supposed to be a short paragraph or two, but I got a bit carried away, as it’s something I feel very strongly about.

I’d love to hear from you, send me a tweet with what you think about this and how you use futsal in your environment!