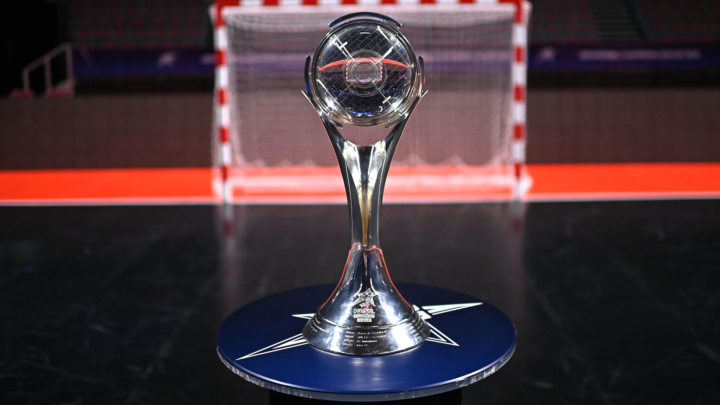 How are the UEFA Futsal Club Coefficients worked out?

(EDIT: this was going to be a quick run down of the regulations that decide the club coefficients and how teams can move up… turned into a full day of maths and the help of a few friends to try and decipher the regulations!)

So, with last week’s draw taking place and the below table showing the seedings and paths that teams take, the question has arisen, how do they work out the coefficient? We all know that it’s performance in previous seasons that determine how teams are seeded, but how is it calculated and how can we get further up? How far are English champions off from a place in the main round?

So let’s have a look at the UEFA regulations and see if we can work it out and simplify it!

UEFA calculates the coefficient of each club participating in the UEFA Futsal Champions League based on the clubs’ own results (club points) and the results of other clubs from the same association (association points) achieved during the reference period. These coefficients are primarily used to rank the clubs for seeding purposes, and to determine the stage at which the clubs enter the competition.

Simply put, a club’s own performances and clubs from the same country affect the ranking.

The coefficient rankings for the 2022/23 UEFA Futsal Champions League are drawn up, on the basis of the points awarded to each club participating in the competition (club points) and to other clubs from the same association (association points) in seasons 2019/20 to 2021/22 inclusive.

A.2 Reference period for the calculation of the coefficient

Association points are calculated by adding up the club points received by all the clubs from a given association over the reference period.

Association points are used to reward teams from strong leagues entering. Imagine Palma Futsal entering in the preliminary round!

Points are awarded in accordance with the final scores as ratified by UEFA. Penalty shoot-outs are not taken into consideration. For preliminary round matches, points are awarded as follows:

From the main round (from the round of 32 in the 2020/21 UEFA Futsal Champions League) onwards, points are awarded as follows:

Clubs that enter the competition in the main round are awarded one bonus point. Clubs that reach the elite round (the quarter-finals in the 2020/21 UEFA Futsal Champions League), semi-finals or final are awarded three bonus points for each such round. The result of third-place matches do not count.

The system in action

Let’s look at PYF Saltires (an easy example with just one appearance in one season). They won one match in 2019/20 in a group with four teams and they were awarded 0.333 points (1 point, divided by 3 matches). They would also get 50% of this as that is Scotland’s association points total. So as per the 2022/23 ranking, PYF Saltires have 0.500.

Let’s take a look at a new club entering from an association with a good record, such as Citta di Eboli from Italy with 3.833 (50% of Italy’s points). We’ll look at all previous Italian team results in the last three seasons. Eboli entered in the main round, despite having never played in the UCL. This is because of Italy’s good record.

Let’s have a look at another example – Poland. Piast Gliwice is a new team, so they’ll get 50% of Poland’s previous entrants’ points – 2.333.

Sweden’s entry ÖSK Örebro have 0.833 points. Let’s have a look at the last 3 seasons of Swedish entrants.

Okay, so 3 of 4 examples I’ve managed to work out perfectly. It requires the 1 point awarded for entering in the main round to not be divided by number of matches played, which is fair as this is in place of a team getting a maximum of 1 point for winning 3 games (3/3=1) in the preliminary round.

However, I can’t figure out why the Italian example has 1 extra point. Maybe the point wasn’t awarded for the draw in the 20/21 season when they drew and lost on penalties. I’ve asked UEFA to clear it up!

How can an English team get direct entry into the main round?

It’s not easy to gain a foothold in the main round, but a couple of successive seasons getting there, or one elite round appearance, is what’s needed realistically.

So in conclusion, it isn’t simple and I hope this article can save you from ever having to do the maths yourselves! I am still waiting clarification on some of the wording, because as you can see, I may not have it perfect.

Support the team from your country

In football, I don’t buy into the “support English teams in Europe” sentiment, but in futsal there is a good reason to! If working in England next season and you have ambitions of getting into the Champions League, then you’d be better off if Helvecia go as far as possible this year, but realistically, it’s going to take a few years of main round participations for England’s entrant to start there.

More examples to test the formula

Malta. Luxol St. Andrew’s. A team in the last 3 editions.

Serbia. Loznica-Grad. From 5th to 35th in the ranking.

Belgium. RSC Anderlecht Futsal, formerly Halle-Gook. I’ll use RSCA for the rest of this calculation.