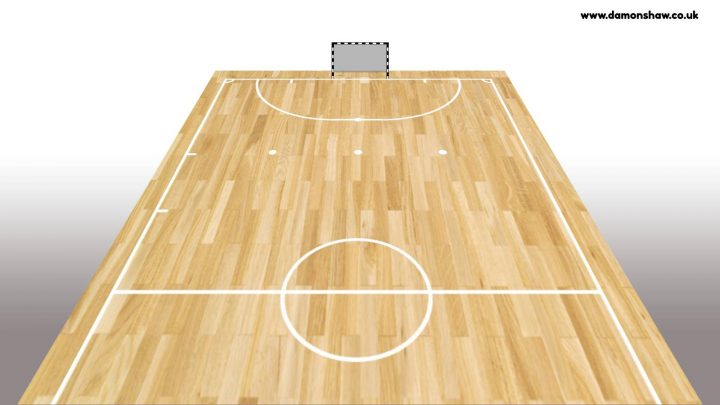 Rondos are a great way to warm up. They have everything and are fun. There are many variants of a rondo and this is one of my favourite: rondos with changes. It forces the players to think and to be aware of their surroundings, as well as all the benefits of a traditional rondo.

You start with 2 rondos at opposite ends of the court with a 5v1 set up. A rondo will be played with 1 touch and the defender must hold a bib. When a player becomes the defender, they take the bib before sprinting to the other rondo. There could be 2 defenders in a rondo, if this happens, the players are allowed 2 touches (1 defender 1 touch, 2 defenders 2 touch and so on if you have more rondos). Always when becoming the defender you change rondo. On winning the ball back, you become an attacker in the same rondo.

Another version of this, which is more complex, but also fun and a good progression or warm up in its own right, is where after every COMPLETED pass, the passer changes rondo. If the pass isn’t completed, they swap with the defender. Always 1 defender per rondo, with a bib so it’s clear. See the video at the bottom to see it in action.

The main outcome of this session is technical, but it’s also a warm up and you are testing the players’ decision making and awareness.

Simply try to keep them focused and “fix” when it goes wrong and a defender is missing for example. You can go into body shape and types of passes with beginner players too.