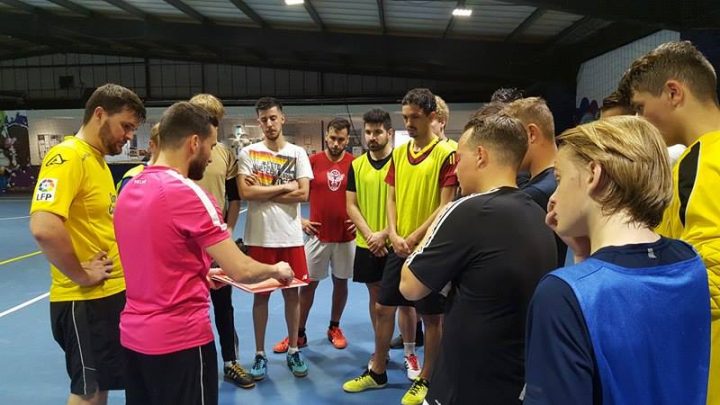 Attending a trial for a new team can be a daunting experience for a player and as a coach, it’s not something I’ve thought much about to be truthful – how are the players thinking, what are they feeling etc.

But during my most recent trial as a coach/selector, I was thinking about the things that stood out to me and then decided to share these thoughts to help any players in the future who may have a trial to attend.

One thing I say to the players before the session begins is: “don’t give up if today you’re not selected. It’s almost impossible for a coach to see your qualities in a 2-4 hour session amongst 60+ players. If you feel that I was wrong, go away, work hard with your current team and be persistent. Send me (or the club) a message in the next few months and you may get a chance – PROVE ME WRONG.”

But how can you make those hours count? Below are some tips on standing out at a trial and what a coach may be looking for!

Message the coach before the trial if you can

Most people have instagram these days. I received a message off a player due to attend a trial and it stuck in my mind and I gave him some feedback and then knew who he was during the trial, so watched him a bit closer. This particular player got selected, so maybe it worked! A good message to send would be:

Hi coach, I’m attending the trial on Saturday and just want to know what you might be looking for in a player. See you soon and thank you!

Wear a shirt with your name on!

We’ll spend most of the day writing down players clothing or shoes to later get their names, so if you can wear a kit with your name and a number on, you will be easy to remember!

Don’t change shirts half way through!

As coaches/selectors we’ll be discussing players by their clothing. “The guy with the PSG/Neymar top on was good, let’s have a closer look this afternoon.” Change that top and you might get overlooked. As a coach, I deliberately watch a certain player I had already noticed to rule him in or out when I have to start making a decision, so it helps if they don’t change kits!

Arrive early, speak to the coach, start warming up

A good attitude one arrival will instantly give you a head start. Ability is one thing, but attitude is more important and it’s very hard to measure in a trial, so you need to consciously try to show it. I’ll be looking for character and attitude above ability. If I see a player I like the attitude of, I’ll try to find a reason to pick him.

Conversely, if I see a skilful player, I’ll then try to find out about his attitude (defending for the team, tracking back, positivity etc) and if he doesn’t show them, then sorry, but they’ll miss out.

Be a good team mate

Don’t be selfish. A coach won’t be looking for a player that can take on 10 players then score a wonder goal. Firstly, once you step up to the highest level, you won’t be able to do it (trial, by definition, won’t be a similar level to the league you are trying out for), but also, we like unselfish players who can make the right decisions at the right time. Support your team mates, play simple and encourage!!

That’s not to say don’t show off your skills if you have them… If you have, it flaunt it!! But try to do so at the right times.

Goes without saying, but if you listen, and show you are listening more importantly, then you’ll stand out in the coaches mind. I try to correct players in a trial to see how they react and if they take on board what I say, so if the coach tells you something – do it!!

Might sound obvious, but if you turn up to a futsal trial in turf trainers (where the trial is indoor), you’re instantly going to be off to a bad start. Having the right footwear is a must and shows you are serious and have played before. You can buy a pair here from Futsal Camp UK!

Honestly, a player who smiles while playing stands out for me. Also a good body language when playing and listening is important!!

Would you give any different tips to a player attending a futsal trial?